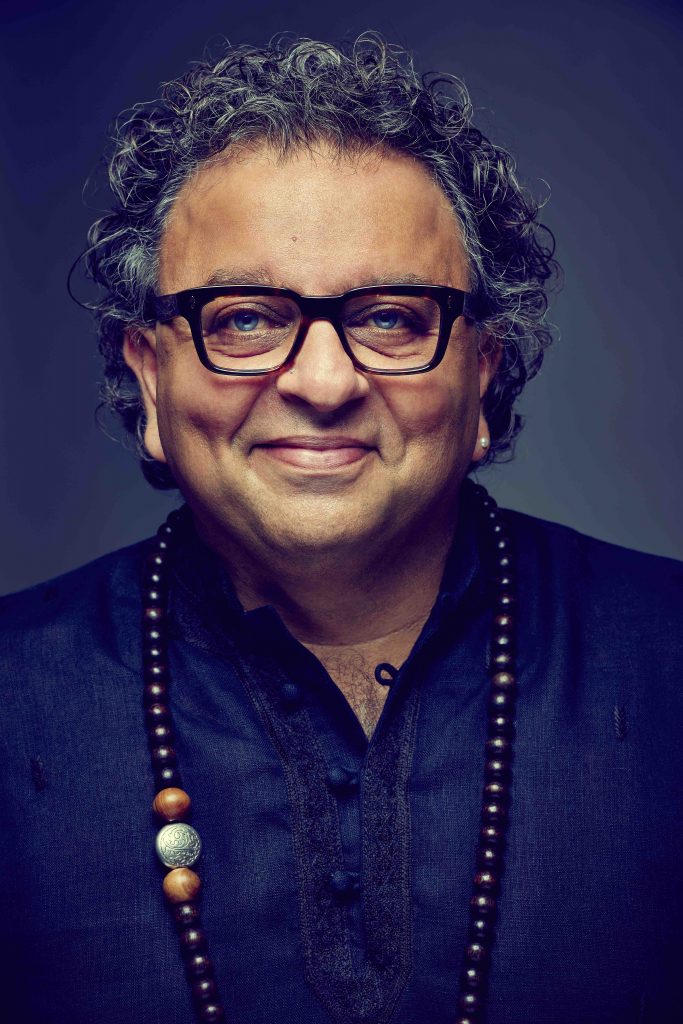 Vikram Vij was born in India in 1964 and lived in New Delhi and Bombay until the age of 20, when he went to study, live and work in Austria. While he was there he received his chef certificate from the Salzburg Hotel Management School. Vikram then moved to Canada in 1989 to work at the Banff Springs Hotel in Alberta and later became a certified sommelier from the International Sommelier Guild in 2000.

In September 1994, Vikram opened Vij’s Restaurant in Vancouver and over the past 20-plus years, Vij’s Restaurant has become renowned across Canada and globally as one of the finest Indian dining experiences in the world.

In 2003, New York Times food writer Mark Bittman said of Vij’s that it was: “…easily among the finest Indian restaurants in the world.”

In 2004, Vikram opened a second restaurant and market called Vij’s Rangoli and in June 2014 Vikram opened his third restaurant, called My Shanti. The theme of My Shanti is Vikram’s culinary travels and his influences, as it includes flavours and ingredients from all over the world.

Vikram was a guest judge on Top Chef Canada in 2011 and 2012 and was the guest of honour in a 2013 Top Chef Canada episode dedicated to Indian cuisine. He was also a judge on the first ever Chopped Canada show, which premiered on Food Network Canada in January 2014 and he appeared weekly on CBC’s Recipe to Riches which began in February of 2014.

October 2014 saw Vikram make his debut as the first Indo-Canadian Dragon on CBC’s Dragons’ Den. He took his place in the Den alongside esteemed entrepreneurs: Jim Treliving, Arlene Dickenson, David Chilton and Michael Wekerle. Following that, in April 2015 Vikram was named “Chef of the Year” in Vancouver Magazine’s prestigious Restaurant Awards and in June 2015, Vikram received an honorary Doctorate of Law from Vancouver’s Simon Fraser University. In May 2016, Vikram was also honoured with a Doctorate from the University of British Columbia.

In 2016, Vikram was named as a “Canada 150” ambassador as part of the celebrations of Canada’s 150th anniversary of confederation. Vikram released his autobiography in spring of 2017, entitled “Vij: A Chef’s One Way Ticket to Canada With Indian Spices In His Suitcase”. It tells the story of his journey to Canada thanks to his mentor Ivor Petrak, former manager of the Banff Springs Hotel, and the growth of his businesses over the past 30 years.