As we head into a new season of programming, VisionTV is becoming more and more known as the Canadian home of exceptional British dramas and comedies: Downton Abbey, Mr. Selfridge, Call the Midwife, Home Fires, Poldark, Last of the Summer Wine, Are You Being Served, Keeping Up Appearances, Miranda and many more.

THIS CONTEST IS NOW CLOSED. THANK YOU TO EVERYONE WHO ENTERED. THE WINNERS WILL BE CONTACTED SEPT. 30 – OCT. 4.

New to the line up this season are Jericho, 50 Ways to Kill Your Mammy, Birds of a Feather, Cradle to Grave, Bless Me Father and One Foot in the Grave.

It’s time to celebrate all this fine entertainment fare from across the pond with a new monthly contest that’ll bring some lucky winners some goodies for their home collections from the BBC, ITV and Universal Music. All you have to do is fill out and submit the entry form below for your chance to win!

One Grand Prize package featuring the hit dramas Mr. Selfridge, Home Fires and Lark Rise to Candleford, as well as the music of Downton Abbey is up for grabs, as well as 20 Secondary Prizes of the Downton Abbey: The Ultimate Collection CD. 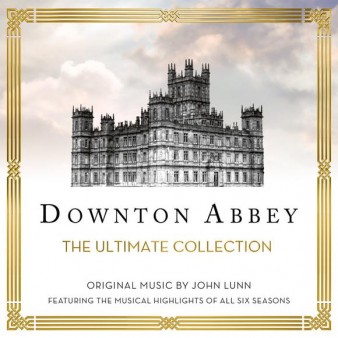 One (1) of Downton Abbey: The Ultimate Collection CD

Downton Abbey The Ultimate Collection features all the musical highlights from the entire Downton Abbey legacy. Music from all the series, 1 to 6, is packed into 2CDs with 36 tracks. The collection was composed by BAFTA and Ivor Novello Award nominee John Lunn, who also features as pianist on the collection. Other credits include vocalists Eurielle and Mary-Jess Leaverland. More…

It’s 1919. World War 1 has just ended, and Harry Selfridge, like many Londoners, is struggling with loss. The death of his beloved Rose has left the flamboyant entrepreneur all alone and he is making costly business mistakes. His empire is weakened, leaving his vulnerable to his old enemy Lord Loxley. Despite heartbreak and sorrow all around, the world goes on, and season three sees new characters breathe life back into the famous department store. Harry’s gorgeous daughters are all grown up and causing trouble, and there’s an intriguing new love interest to distract the mourning hero.

Selfridge’s offers the world an escape from post war depression and gloom, and customers are drawn to the glamour and extravagance behind its ornate doors more than ever before. But, though the store may be thriving, it looks like Harry’s charmed life is starting to unravel. DVD set includes the special feature: Go Behind the Scenes of Mr. Selfridge, Season 3. 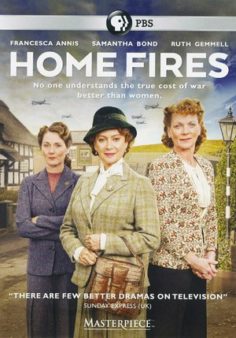 Home Fires follows a group of inspirational women in a rural English community where the shadow of World War II is casting a dark cloud over their lives. The isolated village couldn’t feel further away from the impending bloodshed and battlefields, and yet is it is not immune from the effects of war. As the conflict takes hold, and separates the women from their husbands, fathers, sons and brothers, the women find themselves under increasing and extraordinary pressures in rapidly fragmenting world.

One (1) of Lark Rise to Candleford: The Complete Collection 14-disc DVD box set

Flora Thompson’s charming love letter to a vanished corner of rural England is brought to life in this heartwarming BBC adaptation starring Olivia Hallinan (The Paradise), Julia Sawalha (Absolutely Fabulous) and Brendan Coyle (Downton Abbey). Set in the late 19th century, this rich, funny and emotional series follows the relationship of two contrasting communities: Lark Rise, a small hamlet gently holding onto the past, and Candleford, a neighboring market town bustling into the future. When young Laura Timmins leaves Lark Rise for a job at the Candleford post office, she discovers an eye-opening, exciting new world. In the face of scandals and feuds, she must leave her childhood behind and forge her own path to womanhood. Special features in this amazing, 14-DVD collection include The Making of Lark Rise to Candleford, 8 behind the scenes featurettes and a visit to Flora Thompson’s birthplace with artist and architect Sir Hugh Casson.

Contest closed Tuesday, Sept. 27, 2016 at 11:59pm ET.
One entry per day per valid email address.
Must be 19 years or older to enter.
Contest not open to residents of Québec.